Try this moist healthy cinnamony zucchini bread recipe with no sugar. The crust is decorated with walnuts which are toasted during baking, the centre is sweet and rich 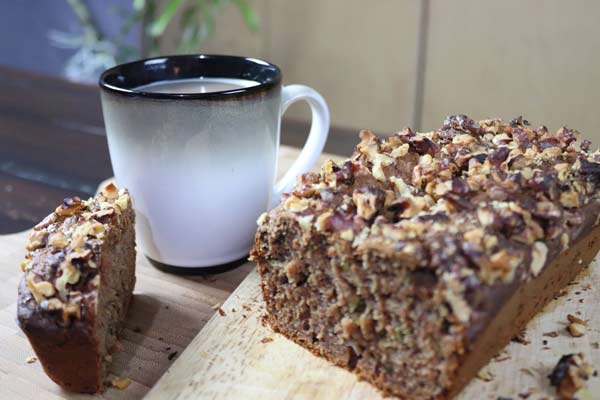 Zucchini bread comes from European sweet vegetable puddings dating back to the Middle Ages. After World War 2, zucchini was abundant in mainstream American home gardens, which meant: Too much Zucchini. Just like Thanksgiving turkey, the recipes spread across America. Zucchini bread became part of the American diet and in the 1960s and 70s it was promoted along with carrot cake and banana bread as a healthy alternative to sugary desserts. Is it actually healthier? It depended on the amount of flour, sweetener and fat used in the recipe. Generally the bread was made with fresh zucchini, which gives it its healthy image. Like banana bread, zucchini bread is not covered in sugar.

Zucchini bread is a deliciously moist, full-flavored bread that became popular in the 60s and remains a healthy crowd pleaser today.

Zucchini bread was originally full of zucchini, brown sugar, and vegetable oil, all of which were considered good for you in the 1970s.

Many surveys by independent researchers of American newspaper articles published in 1950s-1970s confirm the popularity of zucchini bread.

Fast forward to the 21st century and our understanding of what we would consider healthy has understandably changed. 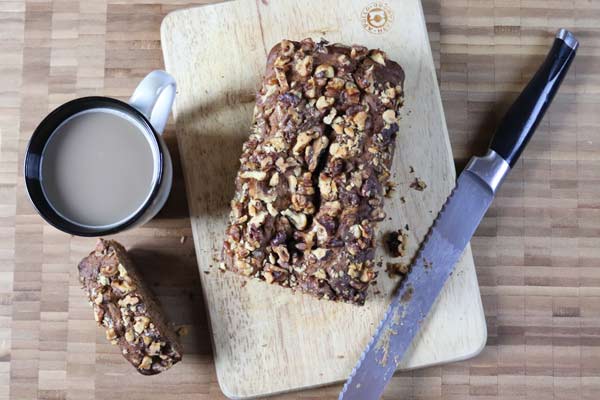 We are sure you will love this moist healthy sugar free Zucchini bread recipe... 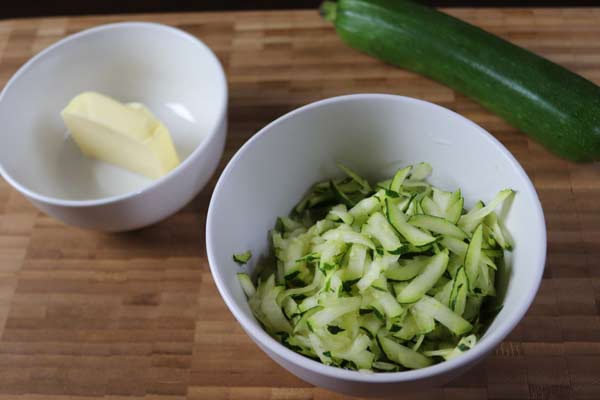 Once the zucchini is grated, you'll need to squeeze out the juice. We used a teatowel, place the grated zucchini in the centre, gather up the cloth then twist it around as shown above so the zucchini is really squeezed and all the juice comes out. This cake will still be moist 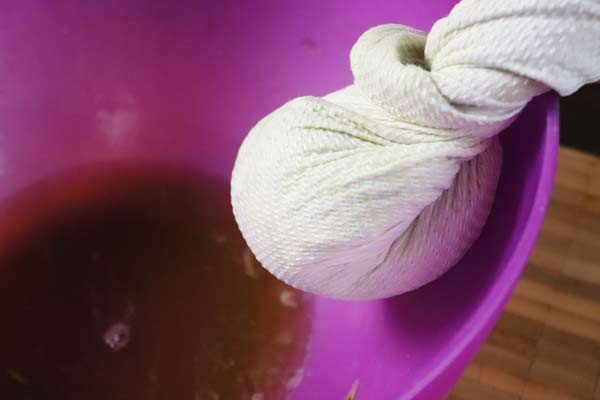 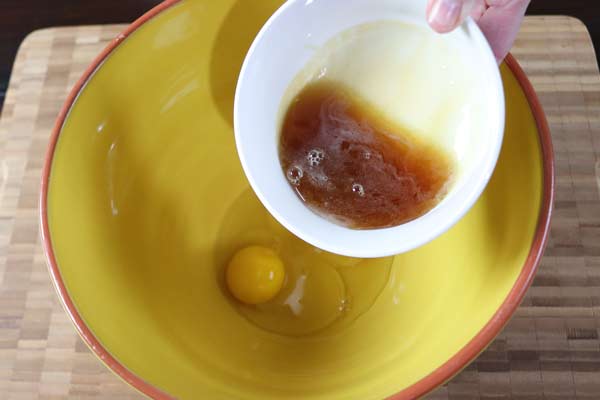 Whisk the eggs, butter, honey and vanilla essence all together until smooth 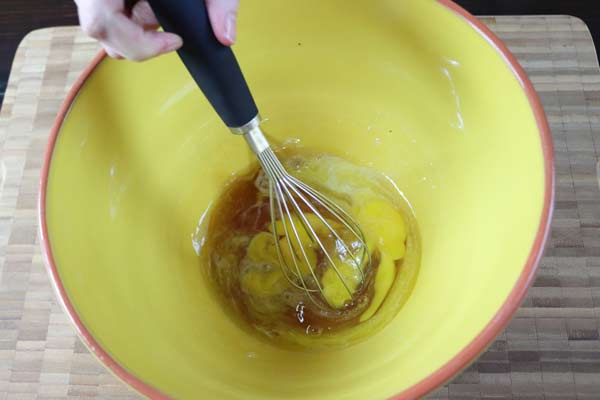 Then mix in the mashed banana and grated squeezed zucchini 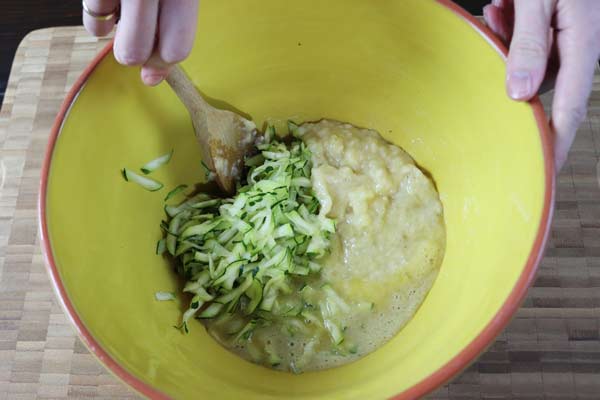 We used 2 teaspoons of cinnamon, you could add any sweet spices you like, nutmeg or ginger would also be delicious. We found that with the cinnamon and honey, this zucchini bread is reminiscent of gingerbread 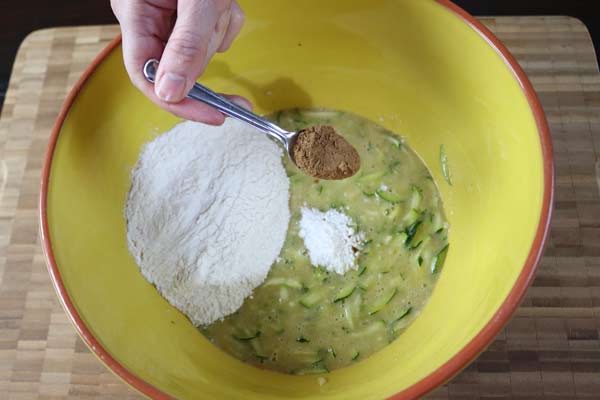 Mix in the flour, baking powder and spices thoroughly 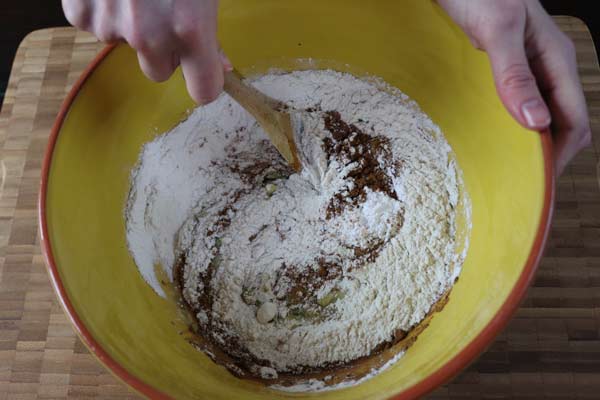 The cake mix will be quite wet, the result is a moist zucchini bread 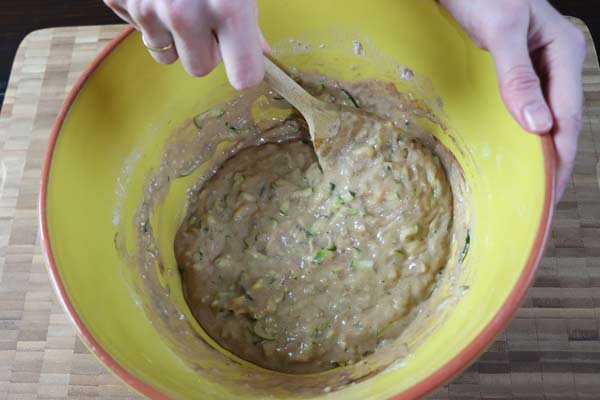 Scrape your mix into an oiled loaf tin, the tin should be about 4 inches by 8 inches. Alternatively these can easily be baked as healthy zucchini bread muffins and will need a much shorter baking time 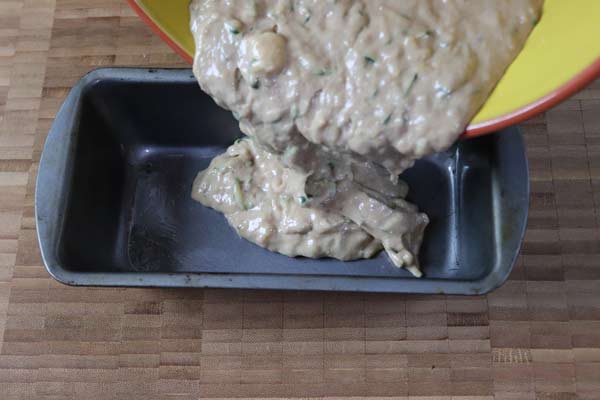 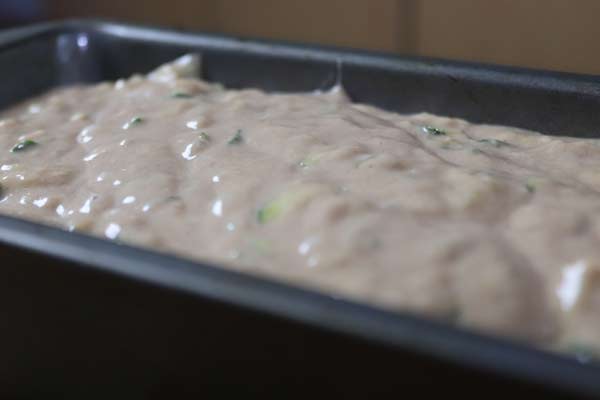 For the topping, chop up the walnuts and press lightly into the top. These become slightly toasted during baking and add a delicious depth of flavor 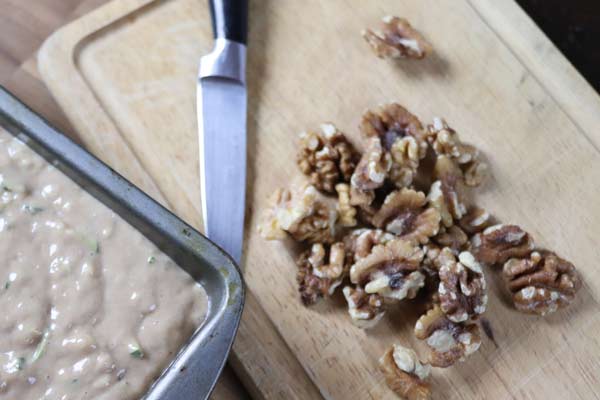 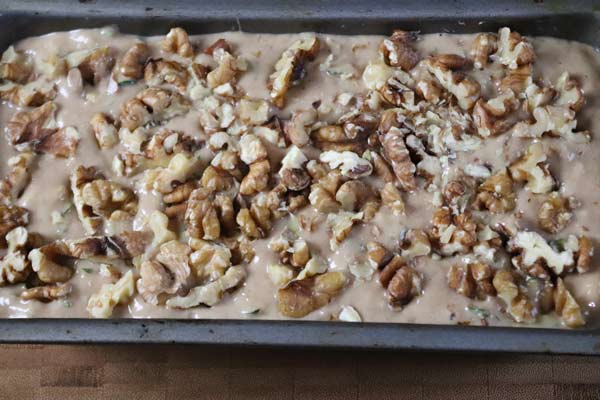 Allow to cool completely before slicing and serving 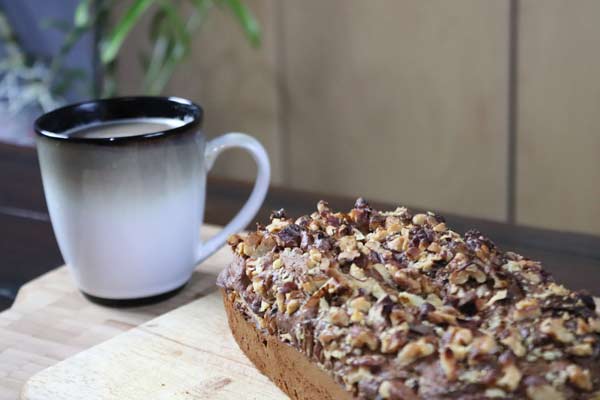 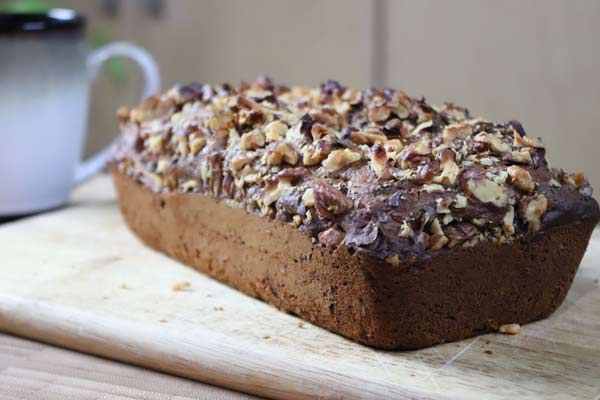 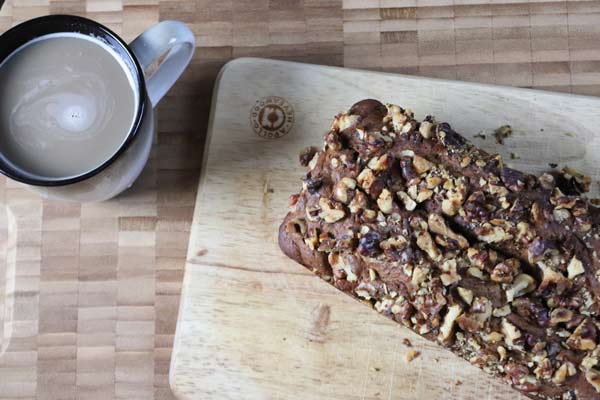 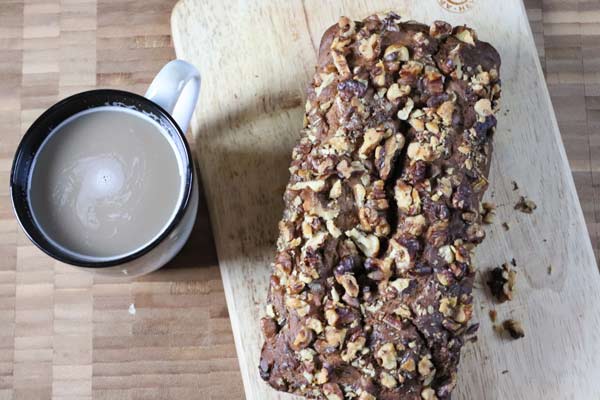 This was a great basic recipe...I used almond flour, substituted strawberries for one of the bananas, didn't have any butter so I substituted avocado and a teaspoon of coconut oil, then filled a muffin tin and baked at 350 for approximately 30 mins. 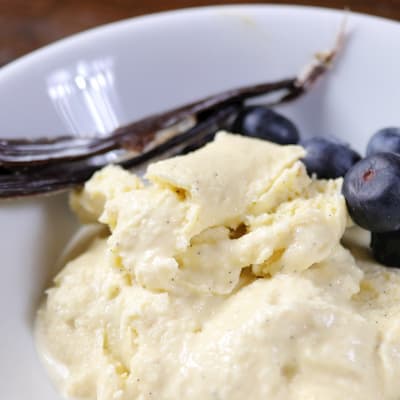 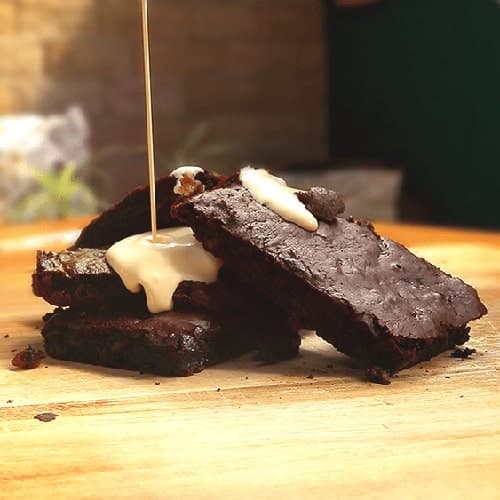 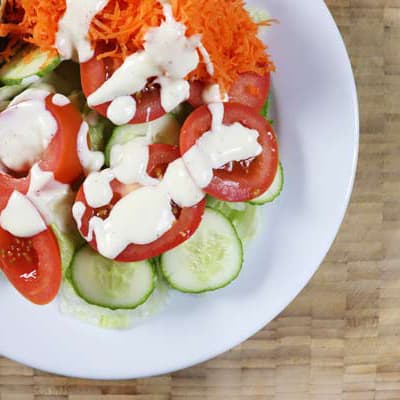 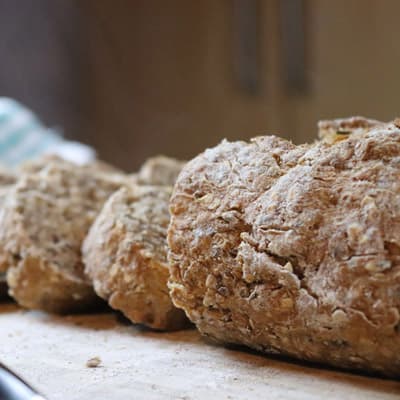 Join our Newsletter to be notified of new recipes 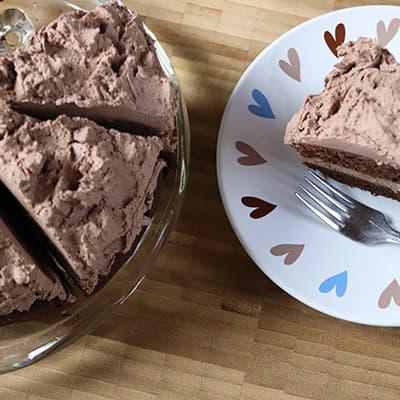 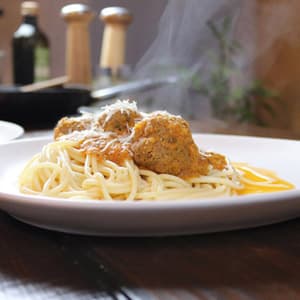 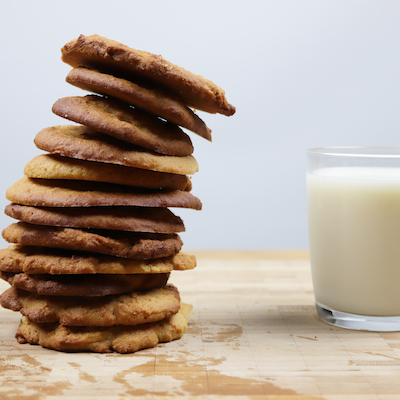 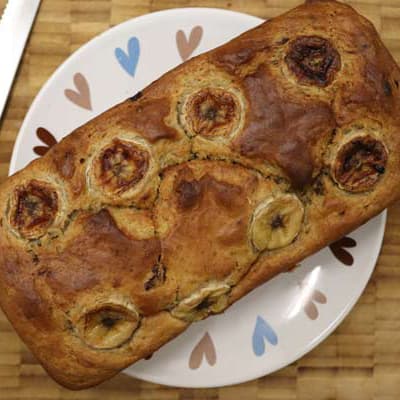 This post may contain affiliate links. If you purchase a product from one of these links, Really Sugar Free may earn a small commission at no extra cost to you. Thank you for your support